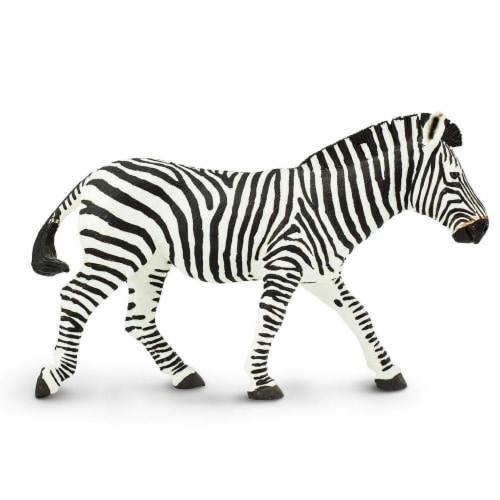 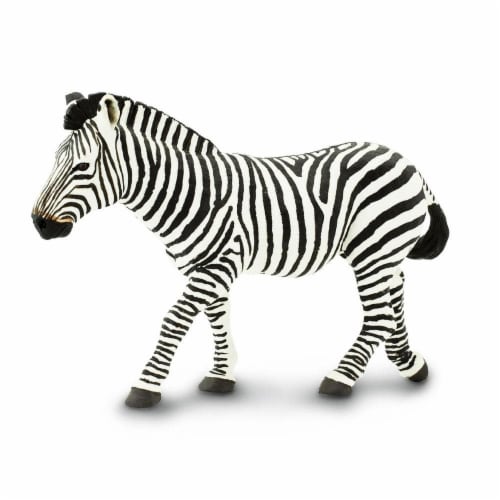 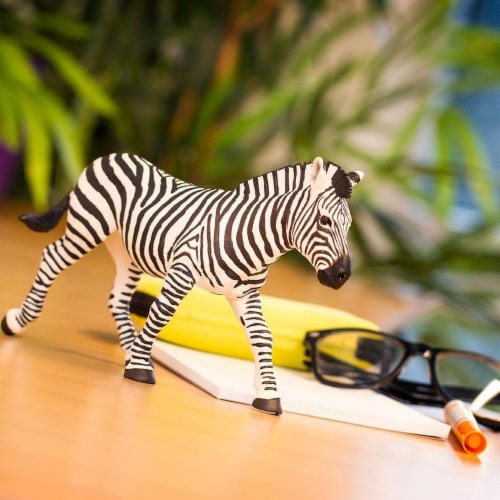 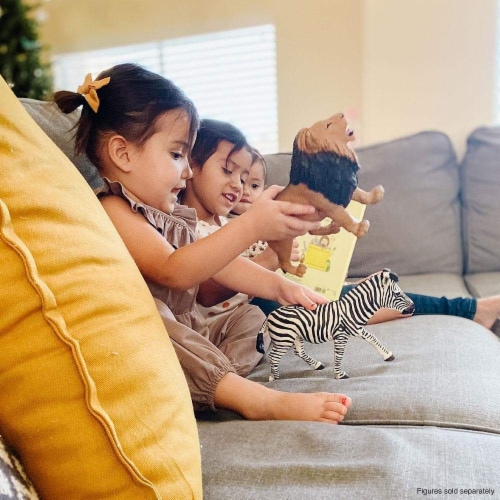 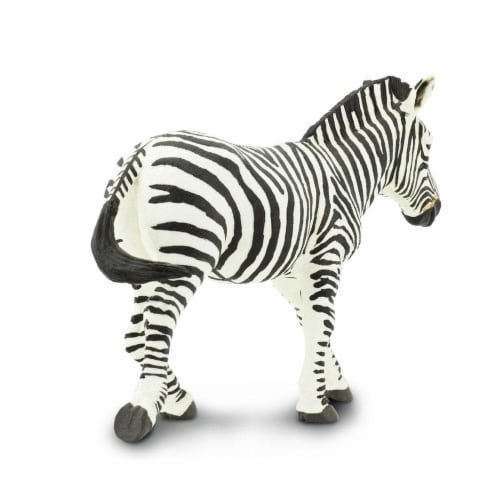 Iconic for their stylish set of stripes, zebras are a member of the horse family native to many regions of Africa. Although it was previously thought that zebras were white with black stripes, recent study of their embryos revealed they are actually black with white stripes! History: Unlike many animals endemic to niche areas of Africa, plains zebras are not considered a vulnerable or endangered species. However, the are some sub-species, such as the mountain zebra and Grevy's zebra, that live in other areas and are struggling with dwindling population numbers. Efforts have been made to domesticate zebras given their close relation to horses. However, due to their unpredictable nature and strong will, most efforts were unsuccessful. Scientific Name: Equus quagga Characteristics: Although it's hard to tell at a glance, every zebra's stripes are unique to that individual, making this figurine a one of a kind recreation! Not only does this expertly painted zebra toy model depict the zebraâ€™s famous coloration, but also its thick mane, hooves, and bushy horse-like tail. Size: Measuring 10 inches long, 2.75 inches wide and 5.85 inches tall, this zebra toy figurine is about as long as the length of a legal-sized piece of paper, a bit wider than a deck of playing cards, and almost an inch taller than a soda can. The Zebra is part of the Wild Wildlife collection. All of our products are Non-toxic and BPA free.