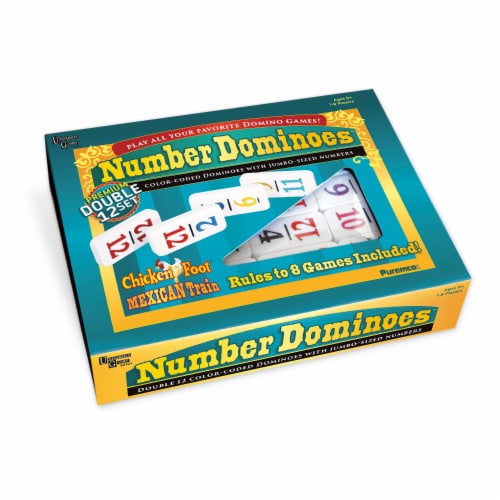 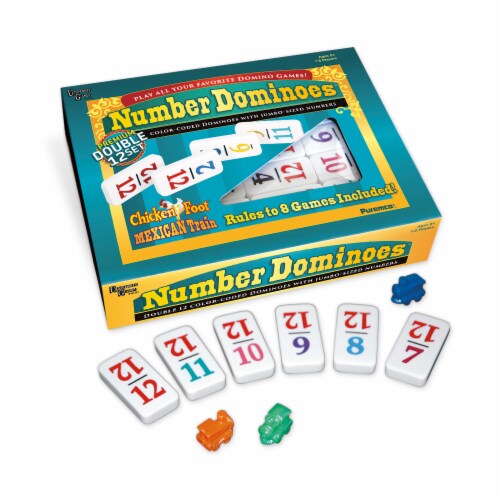 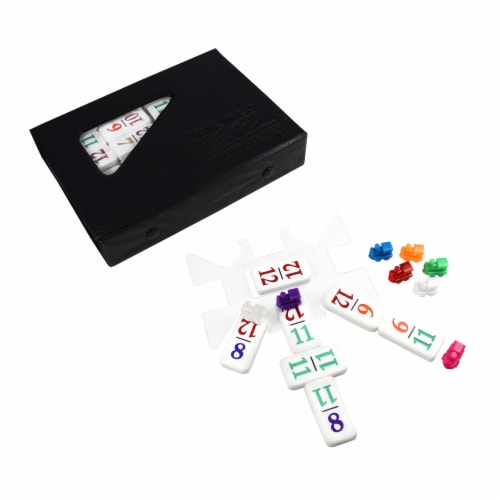 Number Dominoes ease the playing of domino games by using large, color-coded numbers to replace the traditional dots. Because Double 12s have so many dots, these Number Dominoes make for easier and quicker recognition. They are also easier to count and tally scores at the end of each round. It's much easier to count numbers than dots! The large numbers also make for easier identification for those with weaker eyesight and in less-lighted conditions, which is the case in many informal settings. Play all your favorite Domino games with this Double 12 set! You can play any Double 6 or Double 9 game you like by just omitting the extra dominoes that you don't need. Rules for 8 great games are included - The Official Chickenfoot Mexican Train, Super Dominoes, Straight Dominoes (5-count), 42, 84, Moon, and Solitaire. Dominoes leave your hands free for food, drinks, and fun. These games are proven, instant success for any mixture of groups and gatherings. Professional domino size: 1 x 2 x 3/8 thick.