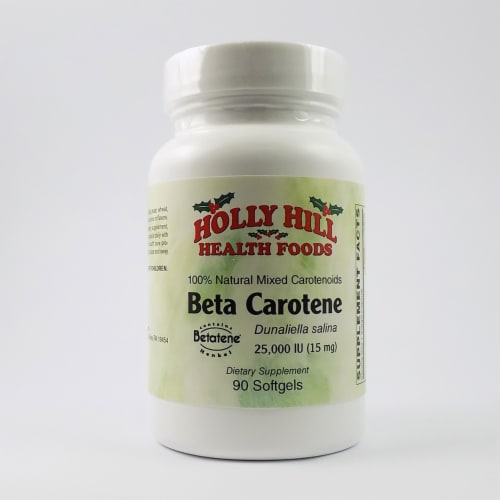 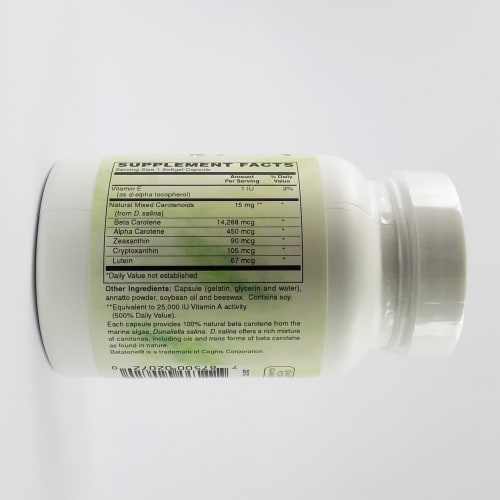 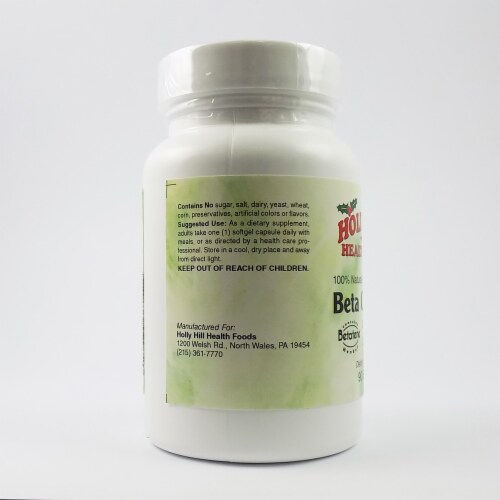 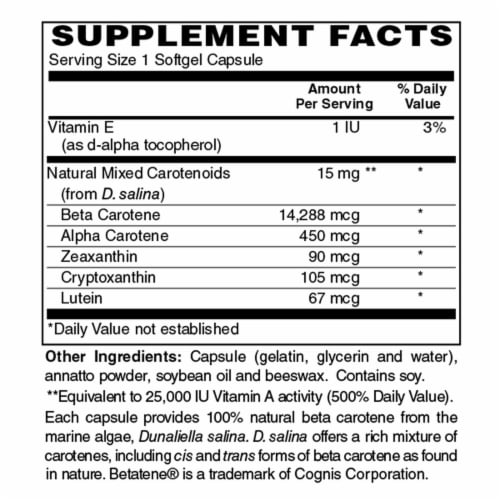 Beta-carotene is a red-orange colored phytochemical found in high amounts in various fruits and vegetables (i.e. carrots and sweet potatoes). Beta-carotene is known as provitamin A. Provitamin A, unlike preformed vitamin A (retinol) must be converted into vitamin A before it can be used as vitamin A by the body. In addition to its role as a precursor to vitamin A, beta-carotene is a powerful antioxidant. Our natural beta-carotene is from patented Betatene®. Betatene is derived from the nutrient-rich sea algae, dunaliella salina, which delivers a concentrated mix of naturally-occurring carotenoids, including beta-carotene, zeaxanthin and lutein.