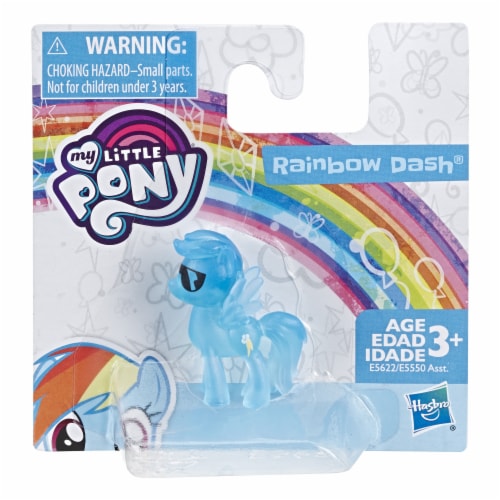 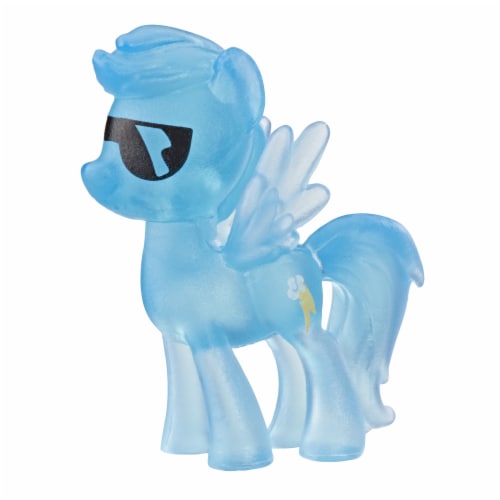 Rainbow Dash is the fastest pony in Equestria. In fact, she loves to fly as fast as she can! She is always ready to play a game, go on an adventure, or help out one of her friends. Inspired by the My Little Pony: Friendship is Magic television series, this 1.5-inch mini Rainbow Dash figure is a blue pony with a shiny, semi-translucent finish. She has a solid blue mane and tail and is designed to look like she's wearing sunglasses. Figure has Pegasus wings and cutie mark of a cloud with a lightning bolt. Pretend she’s zooming through the sky or playing a silly joke on her friends!