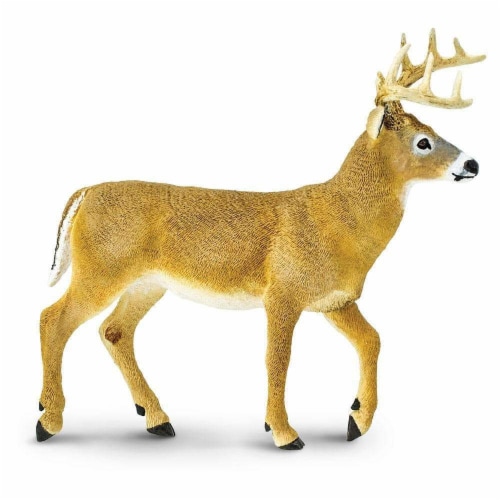 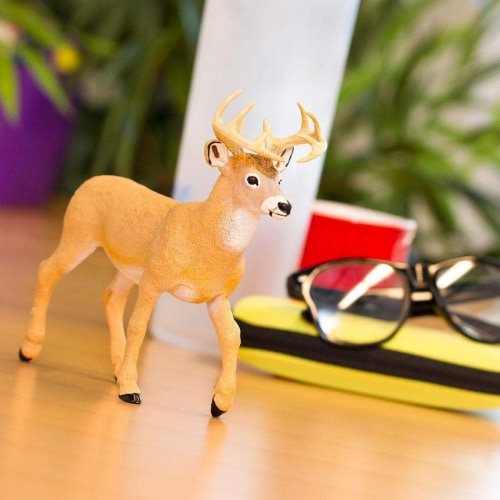 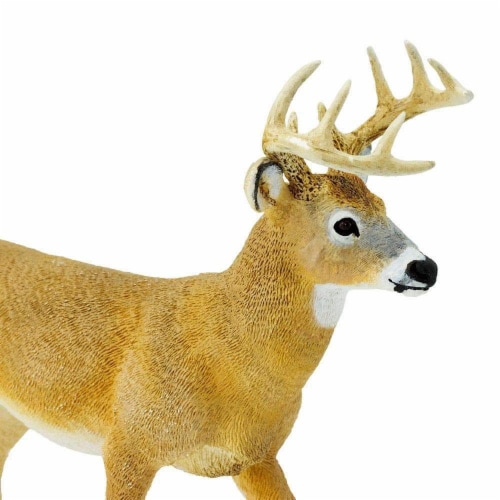 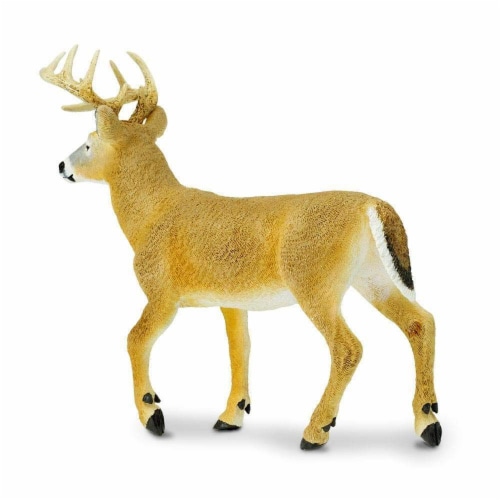 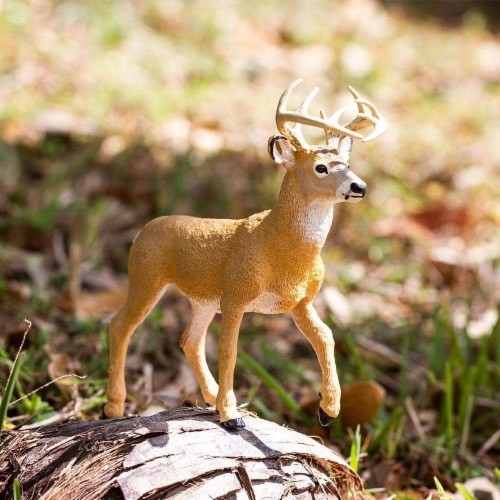 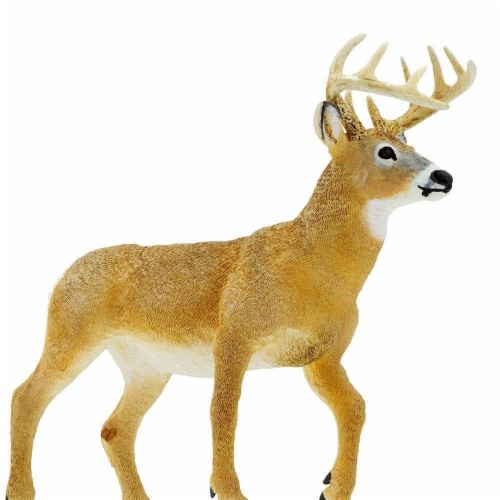 One of the most widely distributed mammals across the Americas, whitetail deer are among the few species aided by human activities. When large trees are cleared for agricultural expansion, for example, deciduous vegetation often starts to grow in, which is the whitetailâ€™s favored habitat. History: While you might not think it due to their enormous population today, at one point in the early 20th century, whitetail deer were so severely overhunted that they were nearly endangered. In fact, in just under 100 years their numbers have gone from an estimated 300,000 to over 30 million! Whitetail deer are so well-populated now that theyâ€™ve become pests for many farmers and individuals living in urban areas. Scientific Name: Odocoileus virginianus Characteristics: While female whitetail deer are generally timid, bucks can be very aggressive and territorial. Their antlers are a sure sign that you donâ€™t want to get in their way! Painted and crafted professionally, this whitetail buck toy figurine would make an excellent gift for a nature enthusiast, a model collector, or for someone looking for unique ways to decorate their home or office! Size: 7.25 inches long and 5.75 inches tall, this whitetail buck toy model is about as long as a 16 oz. water bottle on its side and as tall as a soda can. This Whitetail Buck is part of the Wild Wildlife collection. All of our products are Non-toxic and BPA free.