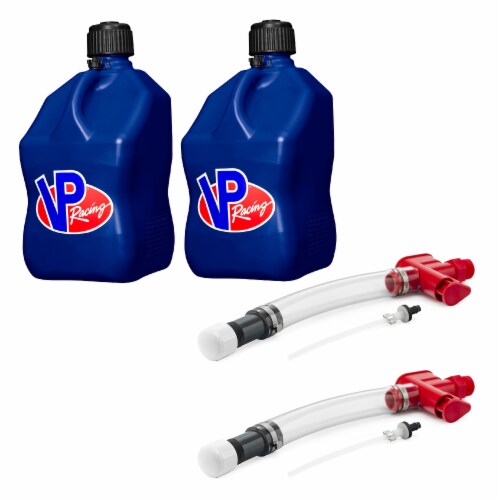 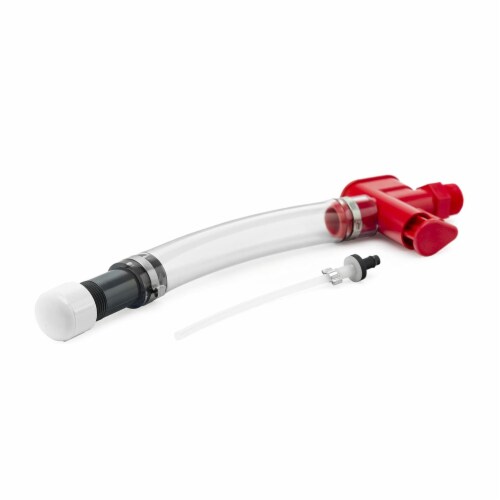 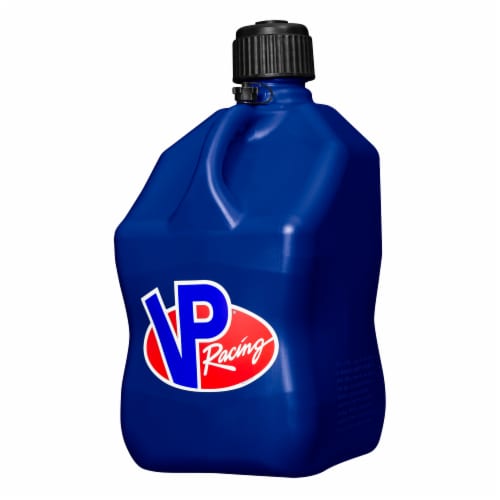 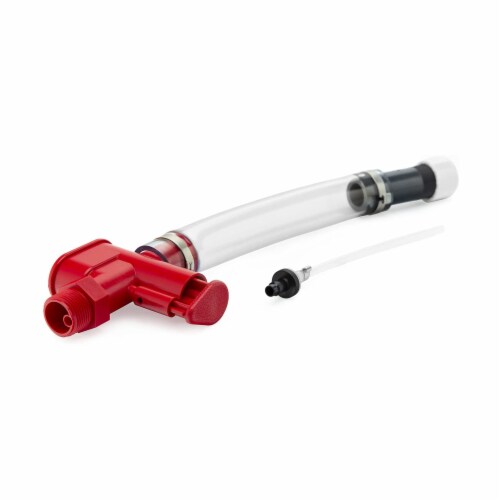 The VP Racing Fuels 2 Trigger Fuel Hose Fluid Control System with 2 Liquid Container Jugs is a fuel hose system unlike no other. The fuel hose has a patented push-button, self-venting control flow valve is developed for use with VP Motorsport Container up to 5 gallons in size. It takes just seconds to install, making refilling easier and breezier. Simply tilt your container and press the trigger button for flow and release the Trigger button to quickly stop the flow. Thanks to the fuel hose's no-spill design, the container can even be fully inverted and won't release fluid until the trigger is compressed. This 5-gallon can undergo a 15-point quality test to ensure its virgin, high-density polyethylene construction can stand up to the rough and tumble treatment it can get during races. The container pours quickly and easily thanks to a contoured handle, bottom grip, non-breakable multipurpose cap, and rubber gaskets. Intended uses are for racing fuel only, such as Nitromethane or Methanol that are used in sanctioned motorsports and is not for fuel used on highways. Get to racing with the VP Racing Fuels 2 Trigger Fuel Hose Control System with 2 Liquid Container Jugs.