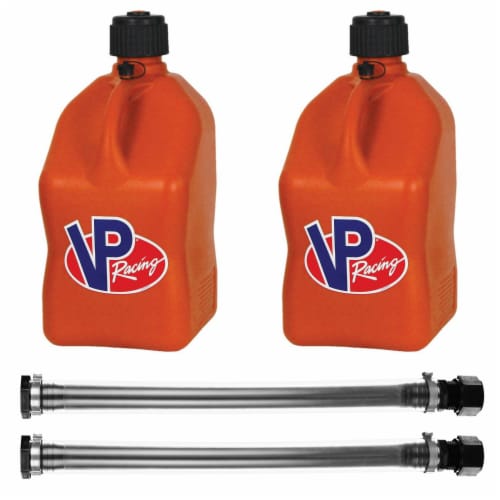 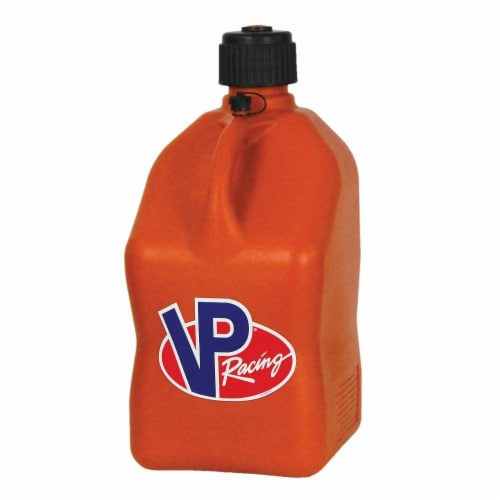 Complete your fuel setup by adding VP Racing Fuels 2 Pack Motorsport Standard Hoses and (2) 5 Gallon Fuel Jugs to your VP Motorsport and VP Sportsman containers. These standard container hoses are a no-frills option to maximize use from VP fuel containers. At 14 inches long each, you can cleanly and easily fill the trickiest opening without extra hassle. Unlike telescoping fuel container hoses with high-friction and high-stress points that are prone to leak, these motorsport fuel container hoses are a singular, straight piece that avoids these issues entirely. Each of the containers pours quickly and easily thanks to a contoured handle, bottom grip, non-breakable multipurpose cap, and rubber gaskets. These are not portable fuel containers as described by ASTM, EPA, ARB, and other official agencies. Intended uses are for racing fuel only, such as Nitromethane or Methanol that are used in sanctioned motorsports and is not for fuel used on highways. These utility jugs can also be used to store things like feed, water, attractants, and other outdoor products. Paired with VP's Motorsport and Sportsman containers, this 2 Pack of Standard Motorsport Container Hoses and (2) 5 Gallon Fuel Jugs help you transfer liquids and fuels without hassle.