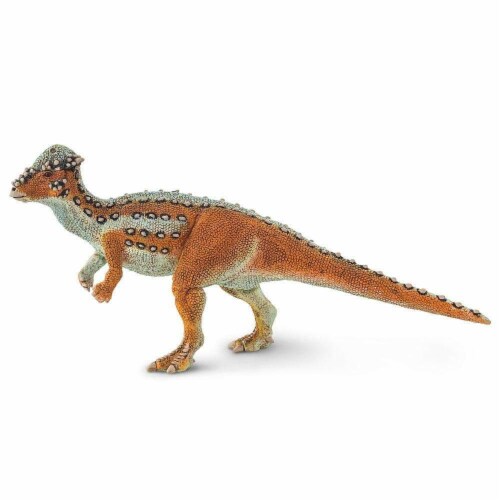 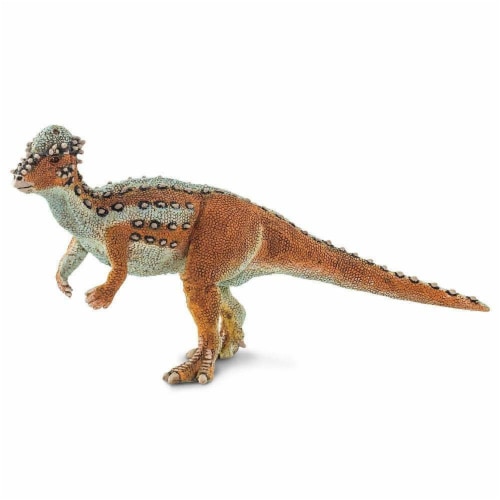 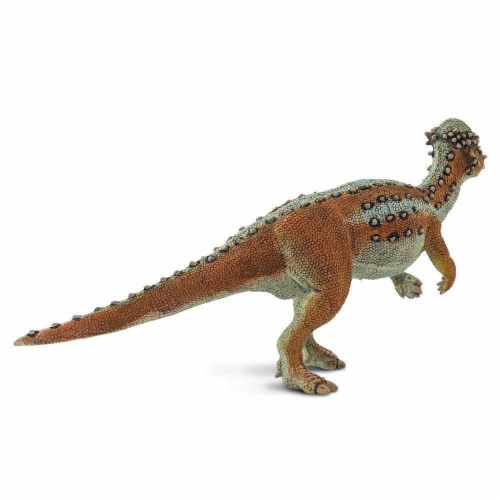 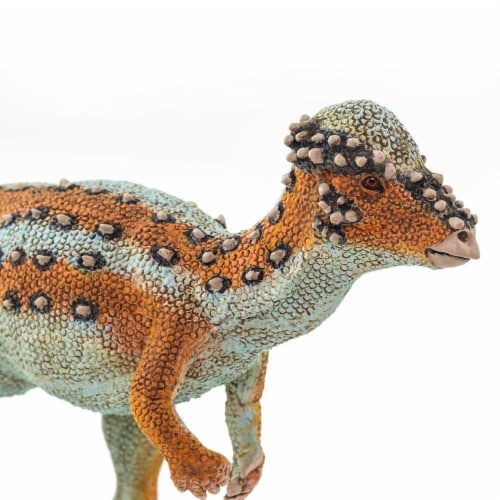 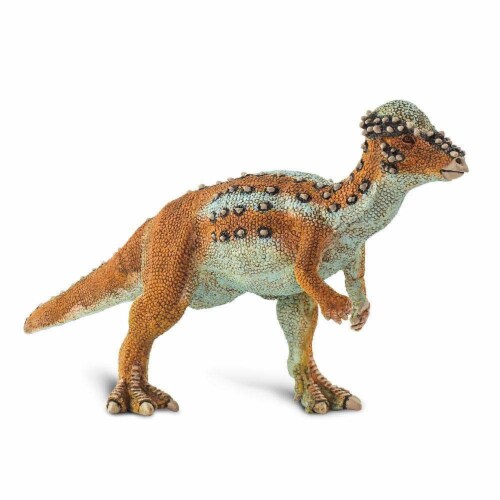 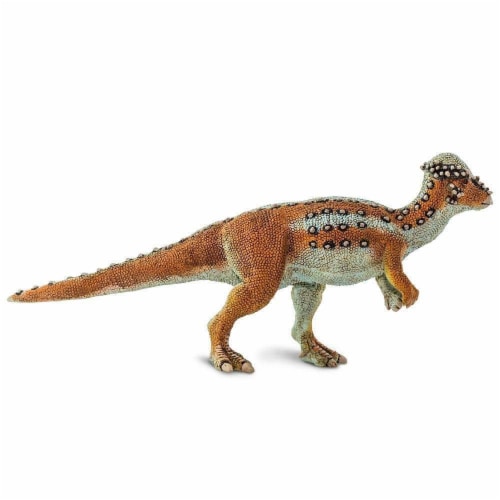 The distinctive dome-headed Pachycephalosaurus is believed to have used its thick skull during combat with others of its species, perhaps while trying to impress potential mates. They may have butted their heads together, or slammed them into each otherâ€™s sides. This detailed Pachycephalosaurus figure will transport you back to the Late Cretaceous Period!

Pachycephalosaurus was formally discovered and named in 1931, though some fossil material may have been found much earlier. It is known only from skulls, and its body design is based on more completely known relatives including Stegoceras.

It is believed that two similar pachycephalosaurs â€“ Dracorex and Stygimoloch â€“ may actually represent different growth stages of Pachycephalosaurus. This theory suggests that as the dinosaur grew, the spikes on its head became more blunt, and the dome on top of its skull became more pronounced.

Characteristics: This bone-headed Pachycephalosaurus toy features its trademark domed skull and bony knobs on its head that the dinosaur is well known for. Its head features an injury from combat, which is a feature that has been found on at least one Pachycephalosaur skull.

Size: This Pachycephalosaurus toy figure is 8 inches long and 3 Â¾ inches tall, about the size of a pair of scissors.
The Pachycephalosaurus is part of the Wild SafariÂ® Prehistoric World collection
All of our products are Non-toxic and BPA free