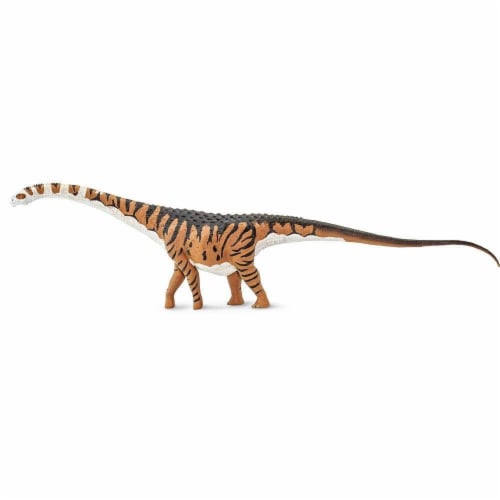 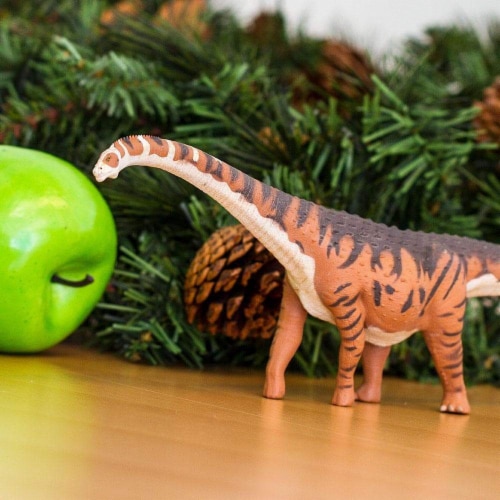 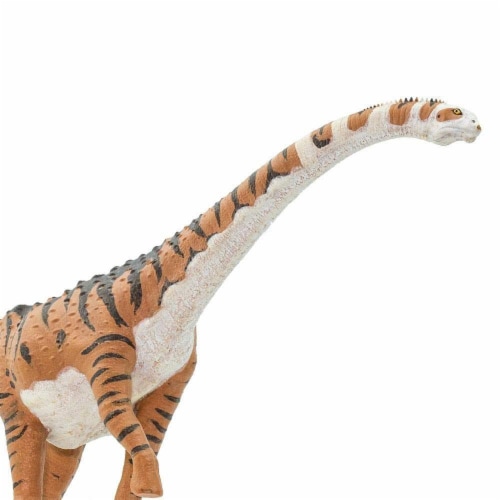 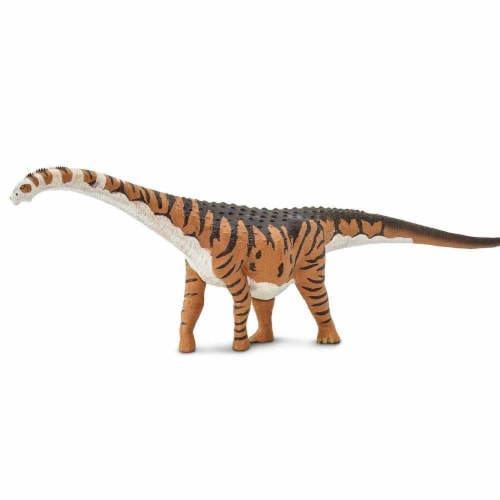 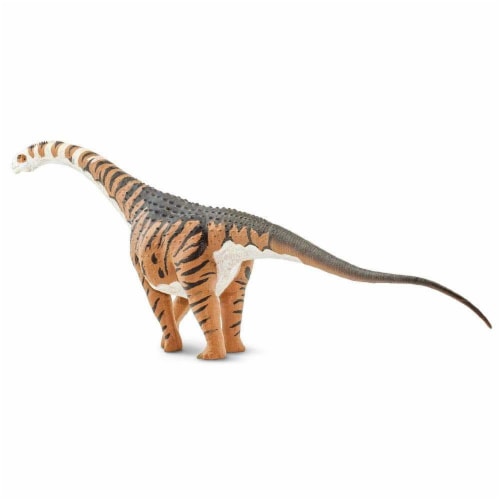 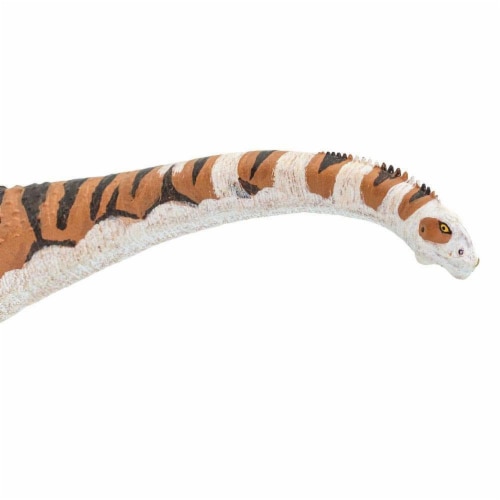 Malawisaurus was a relatively small titanosaurid sauropod dinosaur from the early Cretaceous Period. Like other titanosaurs it featured large dermal scales covering the skin on its back.

Malawisaurus is one of the few titanosaurs whose discovered remains include skull material, giving us a better idea of what this animal and its relatives looked like in life. The name Malawisaurus refers to the place of discovery, in the republic of Malawi in southeast Africa. It was originally described in 1928 by Sidney Haughton, who incorrectly believed it was a type of Gigantosaurus (a sauropod related to Diplodocus, now known as Tornieria).

Characteristics:Â Like most sauropods, this Malawisaurus toy has a long neck and long tail. Its midsection is quite rotund, and its back is covered with an arrangement of ossicles, or dermal scales. This hand-painted figure is exquisitely detailed to reflect the most current scientific research available.Â

Size:Â The Malawisaurus toy figure isnâ€™t nearly as large as the real thing, but itâ€™s still no slouch at 14 inches long and 4 inches high. It's a bit longer than a standard American ruler and a bit taller than a credit card on its side.
The Malawisaurus is part of the Wild SafariÂ® Prehistoric World collection.
All of our products are Non-toxic and BPA free.