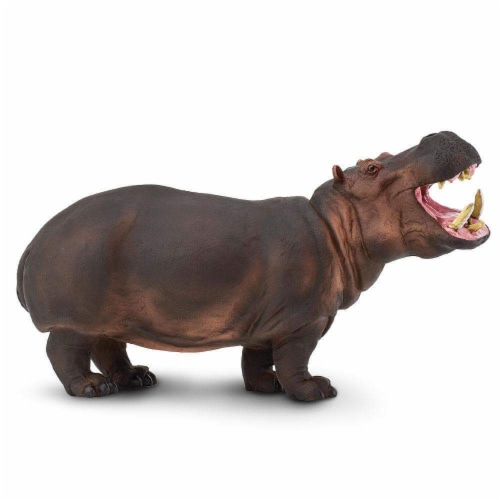 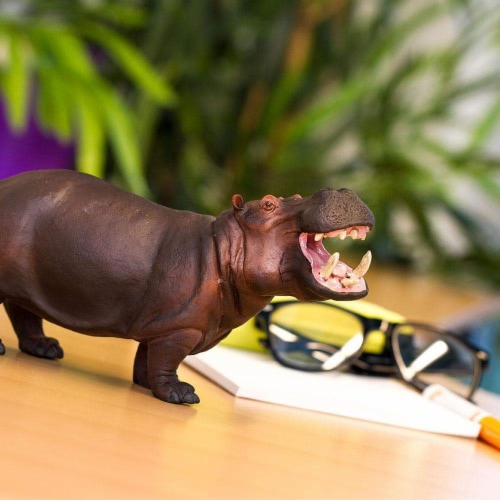 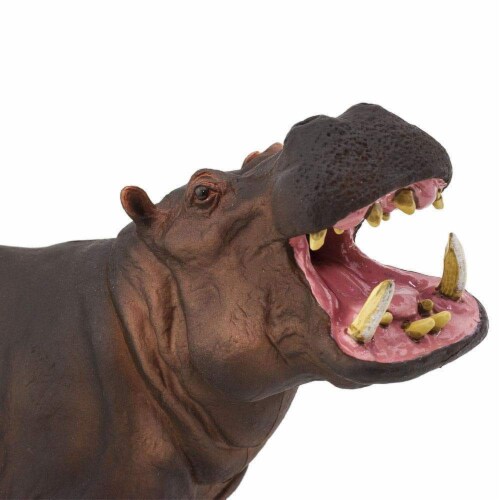 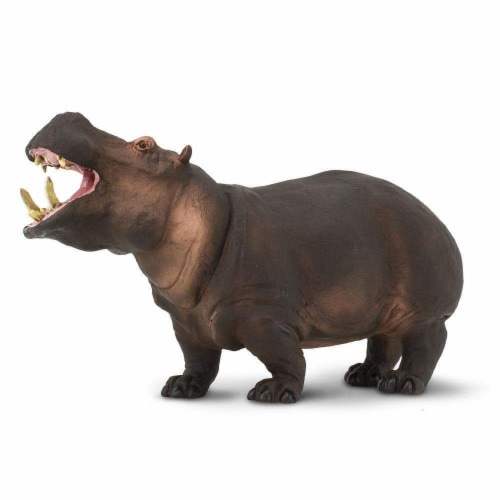 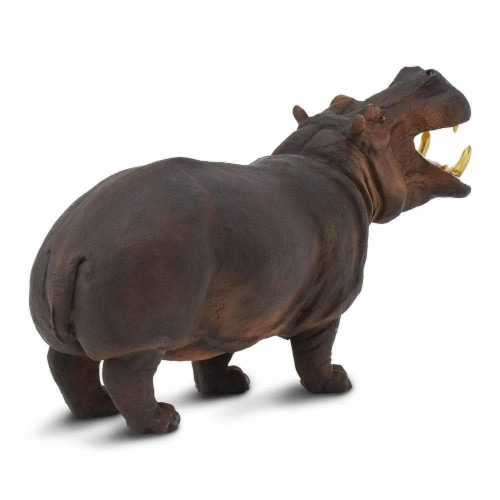 The third largest land mammal, hippopotamuses, or hippos for short, are semi-aquatic herbivorous creatures than can be found in southern Africa. Feared for their size and aggression, hippos are extremely dangerous, especially when defending their territories or calves. History: Due to their massive size and unbridled hostility towards other creatures, adult hippos are one of the few mammals that have no known, consistent predators. Hippos have been known to attack crocodiles and lions, and have even been documented charging at and flipping boats. Despite this, hippos are classified as a vulnerable species and their global population is slowly declining due to the shrinking size of their habitat. Scientific Name: Hippopotamus amphibius Characteristics: Barring its tusks, this hippopotamus toy is letting out a mighty roar! This hand-painted and scientifically precise figurine captures all of the defining traits of this incredible mammal, including its large size, aggressive demeanor, huge tusks, and even the dark red substance produced by their skin to protect them from the harsh African sun. Size: Standing 5 inches tall and 8.75 inches long, this faithfully-crafted hippopotamus toy figurine is as long as the width of a piece of legal size paper, and as tall as a can of soda. The Hippopotamus is part of the Wild Wildlife collection. All of our products are Non-toxic and BPA free.