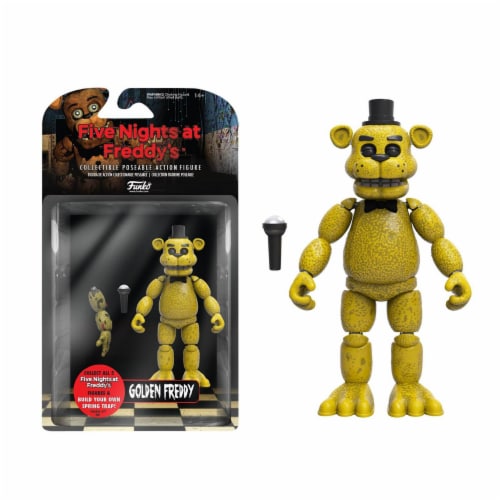 This is the Five Nights at Freddy's Golden Freddy Action Figure that's produced by the nice folks over at Funko. It's awesome to see that Funko decided to give the FNAF's characters a run of articulated figures. Neat!

The Golden Freddyfigure is about 5inches tall and he looks great. It''s also part of a build-a-figure series, so if you collect all five figures, you can build your own Springtrap figure.

Neat for any fan of Five Nights at Freddy's and Funko. Super cool!