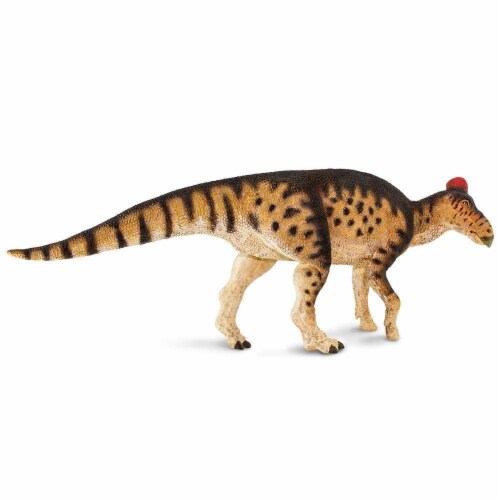 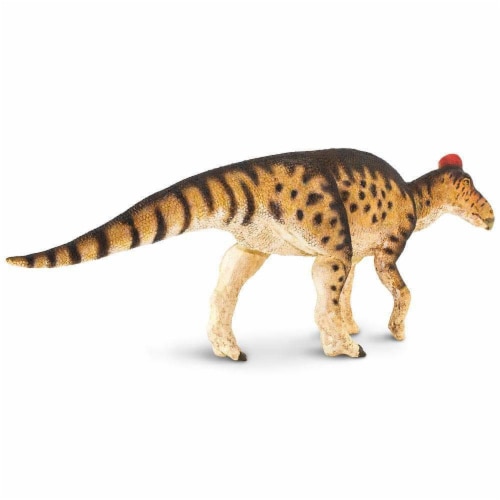 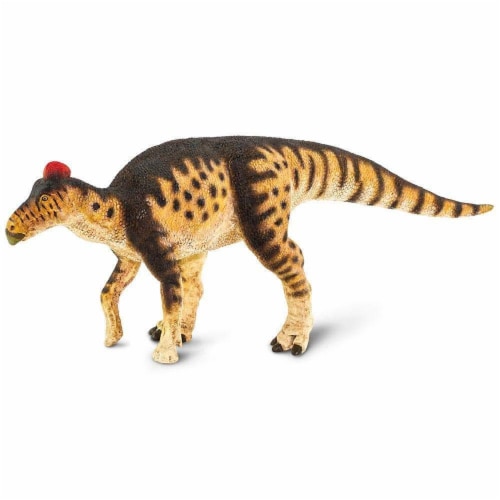 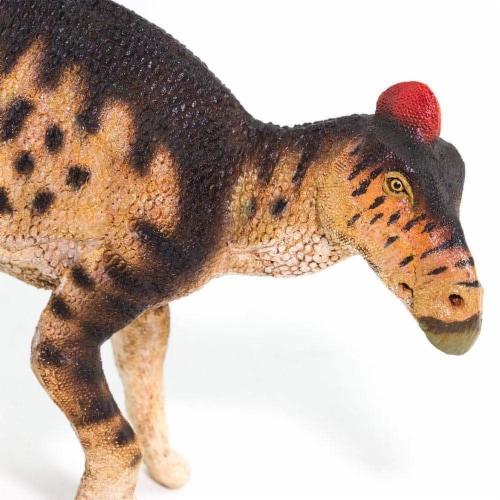 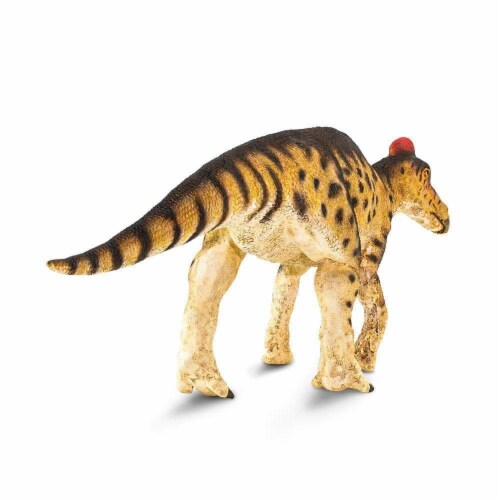 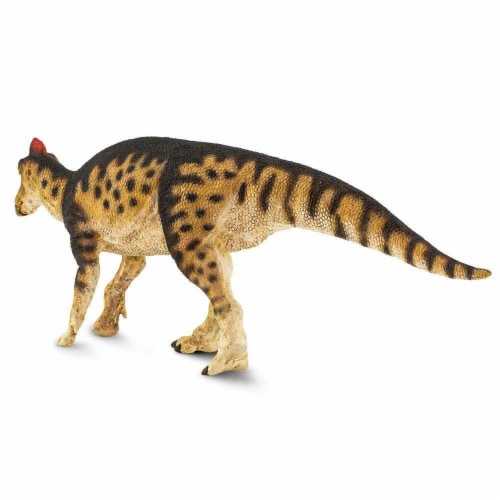 Edmontosaurus was a large hadrosaur (aka â€œduck-billed dinosaurâ€). It lived in the late Cretaceous Period alongside Triceratops and Tyrannosaurus Rex. It is one of the few dinosaur genera to provide many preserved examples of soft tissue (skin). One recent specimen even showcased a soft â€œcrestâ€ on its head, like the comb of a rooster.

Edmontosaurus has been known by many names over the years, including Anatosaurus (â€œDuck Lizardâ€) and Anatotitan (â€œLarge Duckâ€).
Three specimens of Edmontosaurus show remarkable preservation, including the â€œTrachodon Mummyâ€ discovered in 1908 that provided a great deal of information on the skin, â€œDakotaâ€ discovered in 2006 showing preserved muscles and tendons, and an even more recent specimen showing that at least one species Edmontosaurus possessed a comb-like fleshy crest like a rooster.

Characteristics: This professionally painted duck-billed Edmontosaurus toy figure is sculpted with accuracy based on the latest scientific discoveries, right down to the rooster-like comb on its head.

Size: This Edmontosaurus toy, while not as big as the real thing, is still quite large at just about 10 Â½ inches in length. It stands just under 4 inches tall at the highest point on its back. Itâ€™s about the size of a standard piece of paper cut in half length-wise.
The Edmontosaurus is part of the Wild SafariÂ® Prehistoric World collection
All of our products are Non-toxic and BPA free